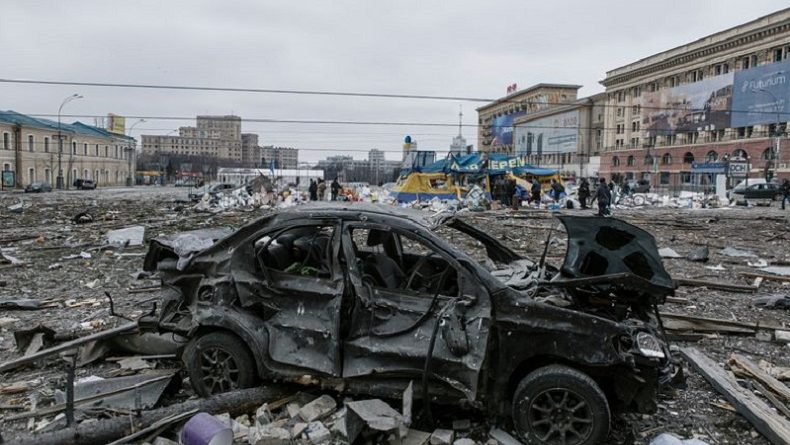 Ukrainian philosopher and essayist, Olekskiy Panytch, originally from Donetsk, examines in this text the Western attitude towards Russian culture. Should we stop all cultural collaboration between Russian and Western creators? Should we boycott Russian culture?

Since the very beginning of the Russian-Ukrainian war, hot debates have erupted, not just on political and military issues, but cultural ones too. Should sanctions be extended to the bearers of contemporary Russian culture, or even Russian cultural tradition as such? Or maybe “cancelling Russian culture is a mistake and helps no one but Putin?”

In fact, the question goes much deeper than the situational debates on whether to cancel a university class on Fyodor Dostoyevsky or Russian ballet performances in Britain. Such “canceling” responses may easily seem to be no more than emotional overreactions. After all, nobody would deny that both Dostoyevsky and Russian ballet are integral parts of the world’s cultural heritage. However, it would also be hard to disagree with US scholar Alexander J. Motyl that “something is decidedly wrong with a culture that is proud of genocide.” And this pride is certainly shared by many — although not all — representatives of both past and present, high and ordinary Russian culture.

In order to disentangle this complicated issue, we should start with a reminder that human culture is not limited to the arts and literature. In a broad anthropological sense, culture may be understood as “the patterns of behavior and thinking by which members of groups recognize and interact with one another.” This understanding is helpful because it easily follows from here that talks about, say, political and legal culture (as a set of patterns peculiar to a particular society) make just as much sense as talks about spiritual, religious or artistic culture.

Using this understanding of culture, one might claim that the culture of Muscovite Rus was formed on the basis of two heterogeneous sources. The basics of religious and artistic culture (“spiritual culture” for short) came to Moscow from southeast Europe (Byzantium, the Balkans) via Kyiv and became a root of its recognizably European cultural showcase (of world-famous icons, novels, symphonies and the like). On the other hand, the basics of political and legal culture were inherited by Moscow from Ulus Jochi (also known as “the Golden Horde”) and became a cornerstone of its essentially non-European state infrastructure.

Of course, there were also people who were either scared by or sick of imperial intoxication. For them Russian spiritual tradition offered a wide range of internal political alibis: “Is it my fault? I am a small man; the state commits some crimes somewhere, but I have nothing to do with this; I even do my best to hide from it! Why punish me?!” Among the models of such alibis one could mention Leskov’s The Cathedral Folk, many of Chekhov’s characters, the escapism and downshifting in Leo Tolstoy’s late works, etc. Today relatively conscientious representatives of the Russian intelligentsia — not hundreds, but many thousands of them — seek refuge in just this kind of alibi.

Finally, besides imperial intoxication and internal political alibis, Russian culture knows yet another mode which is also the most uncommon: consciously anti-imperial, with simultaneous denial of internal alibis. The latter is best seen in early Bakhtin’s principle of “non-alibi in existence,” the former in Chaadayev, Saltykov-Shchedrin, late Berdyaev, etc.

This general typology of interrelations between Russian political and spiritual culture shows that the calls of Russian and some Western public figures “to save Russian culture from sanctions” since it, allegedly, has nothing to do with Putin’s aggressive policy, contain a bit of truth and a good deal of either sincere superficiality or camouflaged hypocrisy. In fact, the approach may and should be differentiated.

The anti-imperial mode of Russian culture does not call for anything but support. Its current bearers would sincerely admit that Russia’s claims on Ukrainian territory, including Crimea, are essentially imperialistic and should be abandoned without any reservations.

As for those Russians who hide behind “internal alibis” one can only wish they would find their proper place in the process of Russia’s inevitable de-imperialization, so that they could take personal responsibility for their state and all its actions. However, they should also admit that they are currently passive accomplices in the crimes of their empire simply because they do nothing to oppose the ongoing evil committed by the state they are living in. In the words of Martin Niemöller, they share the guilt simply because of “das Nichtstun, das Nichtreden, das Nicht-Verantwortlich-Fühlen” — “doing nothing, saying nothing, feeling responsible for nothing.”

And those who have consciously sided with their empire already bear the full burden of responsibility for all its atrocities.

If you want to learn quickly which of the three modes of Russian culture is represented by a particular person, ask them a probing question: “What country does Crimea belong to?”. One would respond “Russia”, another would say “Ukraine”, yet another would give you the sort of evasive answer that essentially boils down to “this is not my problem.”

Now, the main thing that seems unacceptable for moral and political reasons is to greenlight the imperial mode of Russian spiritual culture as if it had nothing in common with today’s Russian state. It should be looked into, of course, but not disseminated, greeted and supported.

As to those who hide behind “internal alibis”, the main point is that they should be awakened by sanctions: this is (or should be) one of the purposes of the implementation of these sanctions.

Of course, we can listen to Wagner’s music today without recalling either his anti-Semitism or how Nazis were inspired by his tunes. We also can watch Leni Riefenstahl’s movies, including the (in)famous Triumph des Willens, and be amazed by her cinematographic mastery. In the same fashion, the imperial mode of Russian culture, in its best manifestations, will remain a part of the cultural heritage of humanity. However, just as with the Third Reich, this Russian cultural heritage will be rendered innocuous only when the empire that produced it becomes a historical past. 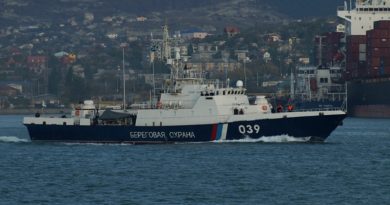 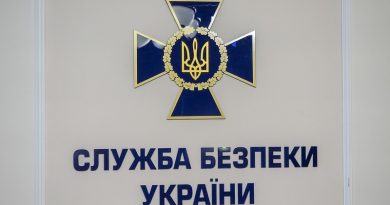