At first, I couldn’t see the damage to Ivan Simoroz’s parents’ home in the Ukrainian town of Borodyanka, near Kyiv. Then I realised that was because there was nothing left that resembled a home.

As the 26-year-old stood on the rubble, in his police uniform, it felt impossible to process the devastation that surrounded him.

“On 26 February, we were chatting at the police station, and then we heard a loud boom,” tells Ivan BBC.

Russia’s invasion of Ukraine was two days old and had quickly targeted towns in the Kyiv region as they looked to close in on the capital.

“The ground was shaking, I started calling each of my relatives, my wife, brother, mother, father, grandma – they were all out of reach.

“I realised something bad had happened.”

Ivan had heard incoming shelling and knew it had hit something, he just didn’t know what.

He drove with his police chief and several colleagues to his house on Tsentralna Street and was met with the sprawling devastation he stands on today.

“Horror. War. It was very scary and hard to understand. You hoped that someone was still alive, maybe they were hiding in the basement.”

Neighbours and relatives soon arrived to help with the search.

Ivan found his mother first, lying dead over a fridge. Then 200m away he found the body of his younger brother. He’d lost both legs and hands. His beloved dog was sitting in a vegetable patch next to him. Then his grandma was found, also dead, covered in bricks. Ivan’s aunt found his one-year-old baby daughter, Polina, on a sofa, still breathing. Then Ivan’s wife was found. Then his father. Both dead. Polina died in hospital shortly afterwards.

Ivan lost six members of his family that day.

Officers say Ivan’s home was the first to be hit in Borodyanka. The town would become one of the most heavily shelled places in this war. The destruction of Ivan’s home would be replicated across Borodyanka over the following five weeks.

The moment that causes Ivan’s mask to slightly slip, is when he describes something 30km away: six wooden crucifixes on freshly dug sand in a cemetery in the village of Piskivka.

Toys clearly mark Polina’s grave, but what really strikes you is what they all have in common, the same date of death: 26. 02. 2022

The brutality and finality of this war encapsulated in a single date, carved six times.

“When you go there, you cry all the time,” says Ivan. He swallows hard. 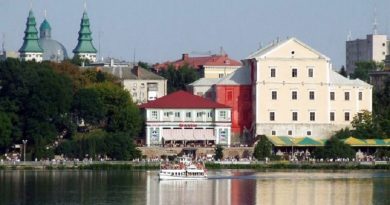 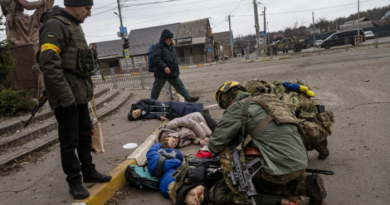 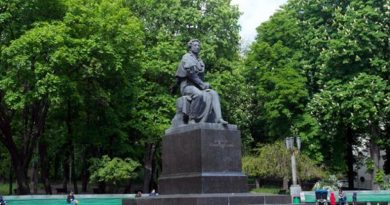 The Ally of Executioners: Pushkin, Brodsky, and the Deep Roots of Russian Chauvinism